Subject to acknowledgement, noting the ACT Judicial Council as author, extracts may be copied without the publisher's permission.

Stock: Monza Recycled Satin. This stock contains 99% recycled fibre and is FSC® Mix Certified, which ensures that all virgin pulp is derived from well-managed forests and controlled sources. It is manufactured by an ISO 14001 certified mill.

The Judicial Council Annual Report 2018-19 is available on the website. 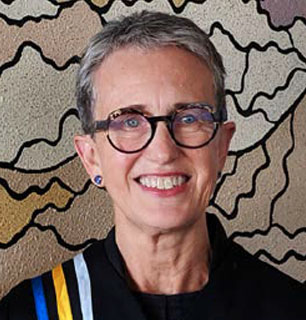 All complaints received in 2018–19 were from members of the public.

Photo of Chief Justice Helen Gay Murrell The ACT Judicial Council (the Council) receives a small but steady number of complaints from across the community. The Council’s complaint handling role contributes to a fair and accountable judiciary for the Australian Capital Territory.

In 2019–20, the operations of the ACT courts were affected by the impact of COVID-19 and this may have resulted in fewer complaints to the Council than in previous years. All complaints received in 2019–20 were from members of the public. No complaints were received from legal practitioners, or formally referred to the Council by the ACT Attorney-General.

This year, the Council took steps to raise awareness in the community about its role. The Council updated its website, improving information about making complaints and explaining the Council’s powers and functions, giving examples of the types of complaints that can be made and outlining the process for lodging complaints.

I take this opportunity to thank my fellow Council members for their efforts this year, particularly Acting Chief Magistrate Glenn Theakston, who joined the Council for the duration of his appointment as Acting Chief Magistrate, and Mr Bryan Meagher SC, for his dedication to the role as appointed legal practitioner from the Council’s establishment in February 2017 until his term ended in January 2020.

Thank you also to the Principal Officer and his staff for their invaluable work to support the Council in the performance of its functions.

The Council is comprised of the Chief Justice of the ACT Supreme Court, the Chief Magistrate of the ACT Magistrates Court, an appointed legal practitioner and an appointed member of the community. The Council is supported by a Principal Officer. The Principal Officer is the Commonwealth and ACT Ombudsman, Michael Manthorpe PSM who is supported by members of his staff.

The Council can consider complaints about the behaviour and the physical or mental capacity of a judge of the ACT Supreme Court, or of a magistrate of the ACT Magistrates Court.

When a complaint is received about an ACT judicial officer, the Council must conduct a preliminary examination.

After conducting a preliminary examination of a complaint, the Council may dismiss the complaint if it is satisfied of one or more of the following:

If the Council is satisfied after a preliminary examination that the complaint is partly or wholly substantiated but it does not justify the Council’s further attention, the complaint may be referred to the relevant head of jurisdiction. The complainant will be notified of this outcome by staff assisting the Principal Officer.

If the Council proceeds to examine a complaint and is satisfied that it is wholly or partially substantiated, it must consider whether the complaint justifies parliamentary consideration of the removal of the judicial officer.

If the Council concludes that the complaint justifies parliamentary consideration, the Council must make a recommendation to the ACT executive that it appoint a judicial commission to examine the complaint further.

If the Council considers the complaint does not justify its further consideration or parliamentary consideration, the Council will refer the matter to the head of the relevant jurisdiction.

Anyone can make a complaint to the ACT Judicial Council. This includes members of the public, legal practitioners, and members of organisations such as the Law Society, Bar Association and Legal Aid. The ACT Attorney-General can also refer complaints to the Council.

In 2019–20, the Council received eight complaints about eight ACT judicial officers, and seven enquiries. All complaints were made to the Council by members of the public.

These complaints included allegations of bias, failure to give a fair hearing, discourtesy, speaking in a threatening tone, failure to recuse, unfamiliarity with the law and failing to properly weigh evidence.

The Council also received complaints about what were claimed to be incorrect decisions. In these cases, the Council advised the complainant that they may wish to seek legal advice about their appeal options as the Council has no ability to examine the merits of or change a judicial officer’s decision.

Following a preliminary examination of the complaints, the Council decided to dismiss six complaints under s 35B of the Judicial Commissions Act 1994 (the Act).

One complaint was partially substantiated under s 35C of the Act, after an examination was conducted under s 35D. The Council referred this matter to the head of the relevant jurisdiction.

As at 30 June 2020, the Council was assessing one complaint. 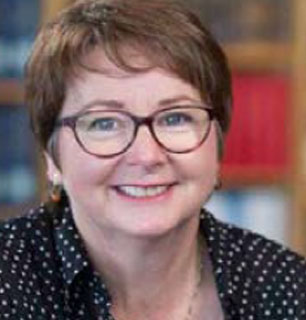 Chief Magistrate Lorraine Walker holds Bachelors of Arts and Laws from the University of Sydney. She was admitted as a solicitor in New South Wales in 1987, working briefly as an employed solicitor until joining the Royal Australian Air Force later that year. She served as a legal officer for three years in Melbourne and the Northern Territory before relocating to her birthplace, the

In August 2019, the Chief Magistrate was appointed an Acting Judge of the Supreme Court for 12 months to establish the ACT’s Drug and Alcohol Sentencing list but resumed as Chief Magistrate in April 2020 in light of the impact of the COVID-19 pandemic. 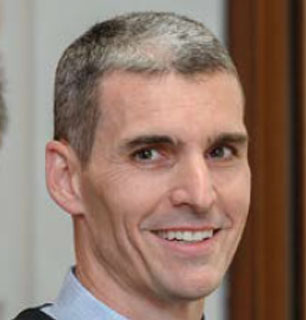 Magistrate Glenn Theakston was appointed as a magistrate in 2016 and as the Acting Chief Magistrate for a period during 2019 and 2020. He also holds appointments as a coroner and the Industrial Court Magistrate.

He was awarded a Bachelor of Science and Bachelor of Laws from Macquarie University, and Graduate Diploma of Legal Practice from the University of Technology Sydney.

Magistrate Theakston was admitted to practice in 1994 and subsequently served as a legal officer in the Royal Australian Air Force, both in Australia and overseas. He remains a reserve legal officer. After leaving the permanent air force, he worked in private practice, Legal Aid ACT, the Commonwealth Director of Public Prosecutions and the ACT Bar. He has practised in the areas of administrative inquiry, children’s care, civil, coronial, criminal and family law.

Magistrate Theakston was a member of the Council during his appointment as Acting Chief Magistrate. 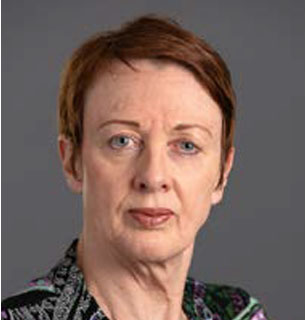 Jenny Hodges was appointed to the Council in May 2018.

She has had a long involvement with the charitable sector as a volunteer and in a paid capacity. Her experience includes work in the animal welfare and youth services areas and she has also worked 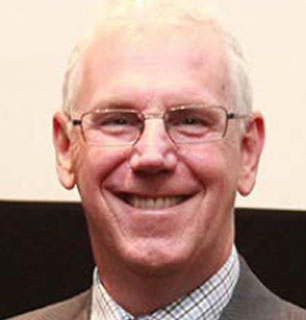 Martin Hockridge was appointed to the Council in February 2020.

Martin was admitted as a lawyer in 1982 and has practised in the ACT for over 30 years. He was a long time criminal defence lawyer before moving to policy and administration as Deputy Chief Executive Officer at Legal Aid ACT. After leaving Legal Aid he was president of the ACT Law Society for three years.

He has been a Director of the Law Council of Australia and is currently a member of the Legal Practitioners Admission Board as well as working on Law Society Committees. His particular interests are access to justice, the criminal law and human rights. 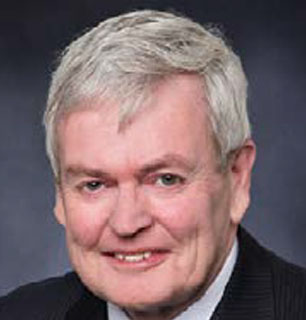 Bryan served as the appointed legal practitioner on the Council from its establishment in February 2017 until January 2020.

The Principal Officer and supporting staff Michael Manthorpe PSM commenced his position as the Council’s Principal Officer on 7 December 2017.

Michael is the Commonwealth Ombudsman and the ACT Ombudsman. Michael undertakes this role as one of his functions as the Commonwealth and ACT Ombudsman, a position he has occupied since May 2017. Prior to that, Michael was a career Australian Public Servant (APS), who served 33 years in various APS agencies, most recently as a Deputy Secretary at the then Departments of Immigration and Border Protection, Education, Employment and Workplace Relations. 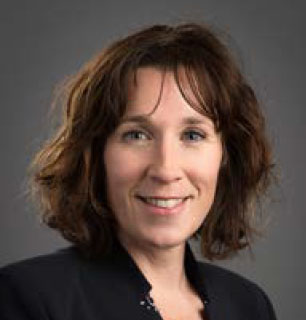 Louise Macleod assists the Principal Officer to support the Council.

Louise joined the Office of the Commonwealth Ombudsman (the Office) in July 2016. Her public service career spans over 16 years in various leadership roles, conducting investigations, compliance monitoring and dispute resolution in agencies such as the Administrative Appeals Tribunal, the Australian Competition and Consumer Commission, the Energy and Water Ombudsman Victoria, the Queensland Justice and Attorney-General’s Dispute Resolution Centres and the Family Court of Australia. Prior to this, Louise spent seven years as an officer in the Australian Army and served on operations in East Timor.

Louise is a mediator and is admitted as a solicitor in the ACT. 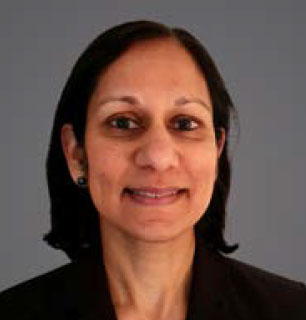 Suseela assists the Principal Officer to support the Council.

Suseela joined the Office in October 2015 and has worked in a range of investigation, strategy, program delivery and management roles. She was previously a member of the Migration and Refugee Review Tribunals and the Social Security Appeals Tribunal. She has had over 20 years’ experience in the public service in policy and legal roles, with a particular focus on administrative law. Suseela is admitted as a solicitor in NSW and Victoria. 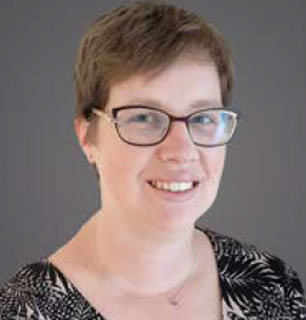 Jennifer assists the Principal Officer to support the Council.

Jennifer is admitted as a solicitor of the Supreme Court of the ACT. Previously Jennifer was a Freedom of Information merits review officer at the Office. She has previously held roles with the Department of Agriculture and Water Resources working on export control legislation and the Attorney-General’s Department working on family law policy.